Drones have been a hot topic of discussion in the news lately. While there are many debates on the use of drones for military and commercial purposes, there is another application for drones that are just starting to gain traction: drone fishing. Some anglers are up in arms about the idea of using a drone to fish, while others see it as a more efficient and fair way to fish.

That depends on who you ask. Some anglers argue that it gives anglers an unfair advantage because they can cover more ground and fish in areas that are difficult to reach. Others argue that drone fishing is fairer because it levels the playing field for all anglers, regardless of their physical ability.

It was among the first viral videos to demonstrate drone fishing – a YouTube video featuring a drone, a group of shore anglers, and schools of tuna set the fishing world on fire in 2016. The video was filmed in southwestern Australia and showed a fisherman using a drone to drop the bait into the water, attracting a school of tuna. The anglers were then able to catch the fish with ease.

While this video may have been one of the first examples of drone fishing, it’s certainly not the only one. In 2017, a man in Florida caught an impressive snook using a drone. And in 2019, a group of fishermen in New Zealand made headlines when they used a drone to reel in a massive 14-kilogram kingfish.

Some states are now banning their use in fishing competitions, but it’s unclear if that will be enough to deter fishermen from using them. Only time will tell how popular drone fishing will become and whether or not the public opinion on their use will change.

Fishing With Drones in America

Fishing with drones is currently allowed in most states in America. However, there are a few states that have banned their use. Hawaii has recently banned the use of drones for fishing, citing the fact that they can be used to harass wildlife. This is a valid concern, as drones can be used to chase fish into nets or scare them away from areas where they would normally feed. Some argue that this is no different than using bait or lures to attract fish, but others believe that it gives anglers an unfair advantage. There’s also a question of whether it’s ethical to use a drone to spy on what other boats are doing.

According to the International Game Fish Association, in Florida, you may use your drone to fish in Florida as long as the line is attached to the device by either a snap or release device. This means it should release the line from the drone’s clip once the fish bites. However, you first need to register your drone with the FAA (Federal Aviation Administration) before you get started.

While the use of drones for fishing is currently legal in most states, that could change in the future as more states begin to regulate their use. It’s possible that we will see more bans on drone fishing as time goes on, particularly if concerned citizens and conservation groups continue to voice their concerns about their impact on wildlife.

Only time will tell how the use of drones for fishing will be regulated in the future. For now, many anglers are taking advantage of this new technology and using it to catch fish in ways that were once impossible.

Do you think drone fishing should be banned? Why or why not?

On the pro side

Some anglers argue that drone fishing is actually fairer than traditional fishing methods. They argue that because drones can be controlled and directed to specific areas, they are less likely to unintentionally catch fish that are not meant to be caught (such as endangered species). In addition, drones can be programmed to release fish that are too small or that the angler does not want to keep, which means that there is less of a chance of harming or killing fish unnecessarily.

On the con side

From what we can gather, it seems that there are pros and cons to drone fishing from an angler’s perspective. In the end, it is up to each individual angler to decide whether or not they think drone fishing is fair.

So, what do you think? Is drone fishing fair? Is it something you would try? Please leave your thoughts and opinions on drone fishing in the comments below!

Thanks for reading! We hope this helped give you a better understanding of public opinion on drone fishing. If you have any questions or would like to learn more about drones, please visit our website or contact us today!

All About Freezing Fish

When it comes to freezing fish, there are a few things you need... 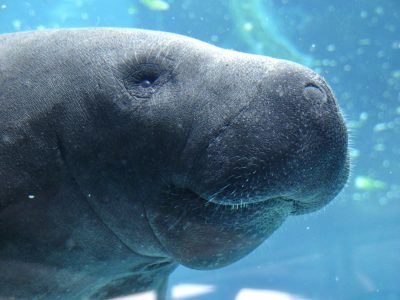 Florida is known for its beautiful beaches, balmy weather, and amazing wildlife. One...